What follows is the eulogy that I gave for a beloved friend, Ellie Conant.

I have never written a eulogy before – and I hope never to have to do so for a young person ever again. I post it here, so that I can share it easily with those who have asked for a copy following her memorial – and because I think Ellie, in her own way, would enjoy advocating together with me, for notions of family that expand beyond blood ties.

Ellie was a BIG person. Who lived a BIG life.

But we never really knew that part of her.

We heard tell. We saw the photos and flyers for the huge queer parties she planned and curated. We watched her pace around and gather up her energies the afternoon and evening before an event – and we saw her spent and smeary the day after.

Her life with us was small and close. An inside life in inside voices.

Our children chose Ellie. And she chose them back. The love between them was overwhelming, visceral, and instant. Ellie would ask to come to our house, not to babysit, but to have a play date. Because she had forged an undeniable friendship with our then two and three year old. When she came, it was their time to be together – and David and I were encouraged to get out of their way. So they could do what it  was they did together: watch cartoons and tickle and wrestle and sit on the floor and have pillow fights

So she could cook for them from her mother’s recipes, and feed them as she had been fed. It so difficult to explain what food means in Korean culture – how food is relationship, is love, is family, is interconnection. Food is deep, and Ellie initiated our children into a world of food that connected her to her mother and grandmother and Korean ancestors – and simultaneously connected our children to their Korean birthmother, and grandmother and ancestors.

Early on, when we were out of town traveling to an adoption conference together – Ellie took the kids to a children’s museum walking distance from the hotel, while David and I attended panels discussing the importance of same race mentors in transracial adoptee’s lives. Our daughter in a sling on her back, the boy in a stroller, Ellie was crossing a small bridge on the sidewalk when a car slowed down to yell racist epithets at the three of them out the window. When she told me about it that evening at dinner – she said: “I can’t explain the feeling. Its nothing I ever felt before. I just held them so TIGHT when we got across the bridge, and I knew right then, that I would kill for these kids if I had to, or die for them. I am gonna be sticking by these kids for life.”

And she did. For the rest of her life.

Other memories: Ellie coming back from an afternoon at the playground: “Martha: we were playing pirate, and I’m telling you it went SO DEEP. SO deep. We were IN it – The kids were hollering commands from the deck and I was the first mate and it was just SO DEEP – it like it took me a while to come BACK? I was FEELIN’ IT. Do you know what I mean?”

Ellie at the pool with two kids clinging to the side walls in the shallow end – her freshly dyed purple hair in a hotel shower cap taped to her head to protect it from the chlorine. Ellie at the door with bags and bags of silly toys and sugary treats. Ellie taking the kids on Ellie-adventures – to her beloved seedy-ass Coney Island boardwalk haunts (with her crew drinking “grown up apple juice”) to arcades and kiddie rides and Ferris wheels. Out to dinner and to shoot pool at SuperFine. Bringing girlfriends home to meet the family. Ellie losing her marbles at Christmas buying every game and toy – disregarding all pleas for austerity or simplicity – covering the house with wrapping paper and bows and laughter.

At first, after their play dates – Ellie– zipping up her leather jacket, would pull on her gloves and dash – not knowing how or if she wanted to approach us, or if we would accept all of her, exactly as she was. But slowly, over time she began to linger, longer and longer chatting into the night in front of the fire as the kids slept – cracking open a beer or some soju – our grown up time together becoming as important as play time. We didn’t recognize it at first, but we were becoming a family.

Late at night she would open up sharing her fears, her hopes, her ambitions and dreams and frustrations. She would ask for advice. She would offer support. We celebrated her successes, we fretted and worried a bit and did our best to keep that to ourselves, or try to share it in small ways that would not overwhelm her or drive her away.

And then, one day: David and the kids and I decide to go apple picking – and he recalls that there is an orchard near Princeton where he grew up – we spend the day riding tractors and feeding bunnies and picking apples. Our little girl is stung by a bee in the palm of her hand, after we apply a damp rag to her chubby fist – we linger in the gift shop picking up jars of apple butter and cider vinegar – and I hear the kids call: “Moooom!!!! ELLIE’S HERE!!!! ELLIE IS HERE!!!” No, I say. That doesn’t make sense – “SHE IS!!!! LOOK!!! OVER THERE!!” and before I know it they are running into her arms – she is as surprised and stunned as we are, and nervously introduces us all to the beautiful woman at her side.

“This is my friend Melissa guys!!!”

“ANOTHER ONE? ” my daughter says –

and Ellie pulls me aside and whispers: “Its our first date. I mean, in the daytime, so lets just tell the kids she is a friend for now!”

But it is clear, she is not just a friend – and it is also clear that this relationship is going to expand our family, and transform and ground Ellie’s life.

And life unfolds – carving pumpkins, Harvest Moon dinners, fencing class, school concerts, and taekwondo belt tests – “Ellie Night” is every Wednesday – where she and the kids plan a menu and shop and cook together and we all laugh like maniacs.

We were at home together – Literally, and metaphorically.

And when troubles emerge our familial bonds become even more consolidated: She was there for the best times and the darkest days:

She would save our ass when one child had an MRI following a seizure and the other was sent home with lice on the same day my mother was diagnosed with an aggressive breast cancer.

“Unnie, we are FAMILY. She said. Let me HELP you. You aren’t going to be able to do this alone – care for Maggie and the kids and your clients. Let ME help you take care of Maggie” And she did. She watched home repair shows and the Property Brothers and Judge Judy. She rubbed my mother’s feet – and her chemo-achey muscles and shopped for and cooked any food that she had an appetite for. When my mother became deathly ill, she called me from the ambulance, and stayed with her at the ER until I arrived – saving her life for the time being.

I never had a true sister. Neither did David. It took us a long time to realize that there was a name for the attachments we had to each other – When she and David wrote about our unusual patchwork tribe together in Gazillion Voices Magazine – Ellie’s voice and spirit and our life together was suddenly understood and appreciated by thousands of people. We were a family. We just were.

But a year ago October, when she first fell seriously ill, we knew that we needed to claim our titles: Sister, Unnie, Oppa, Imo, Aunt, Nephew, Niece and no longer side step or finesse who we were to each other.

And I wanted Melissa and Ellie to claim their roles in each other’s life – and intrusively, pre-emptively pre-proposed marriage for them the  day after a cancer diagnosis, the afternoon before  heart surgery.

There are absolutely no words to describe the strength and love and grace that Melissa has shown to Ellie over the course of their lives together – and especially over the past year, the past few months, up to her final days and moments. Loyal, protective, competent, heroic, wise, doting, present. Patient. Devoted. None of these words are enough.

And there are no words to describe what it meant to Ellie to have a family, an inside life with Melissa, and her silly Nano puppy, of her very own.

Small things are the things I will hang onto. The freckle behind her ear. The way she would tease and steer the subject away from any potential source of conflict. Her side-eye, her tiny feet. Her two handed gestures around gift giving and receiving. Her joy in a good meal. The pleasure she took in other people happiness.

And all the small things that she cherished in and around her big, beautiful life.

We will be bound to you forever, by water.

Thank you Ellie. For every single small moment.

I can never thank you enough.

I am also happy to offer this as opportunity to ask  again for people to support her legacy project:

Before her death, Ellie spent time thinking about her legacy, the causes and the people on this planet that she most wanted to support – projects that would serve as extension of her core values and passions. She decided that her memory would be most honored by caring for LGBTQ youth in Korea. With the help of Astraea Lesbian Foundation for Justice we are able to direct donations made in her memory toward a shelter in Korea for LGBTQ youth, as well as other projects.

Please help her extraordinary and nurturing spirit continue to work for change, compassion and liberation in this world.

Please share this post and follow this link to the Astraea donations page, and be sure to indicate that your donation is in memory of Ellie Conant.

Donations will be accepted through June, 2016–both the month of Ellie’s birth and the annual Pride celebration she loved so much. How fitting that we support her in spreading Pride into the world. 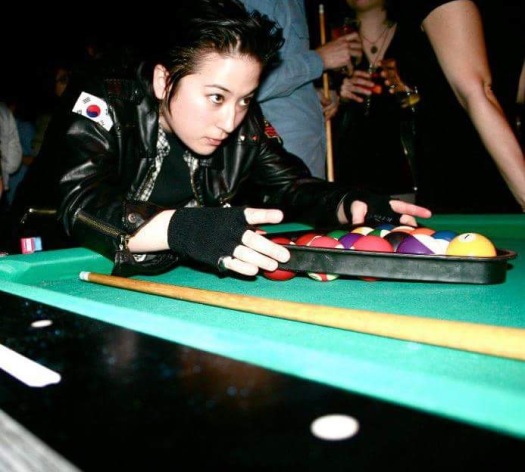 One thought on “Small Things”